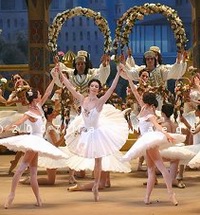 The State Bolshoi Theatre of Russia is one of the best musical theaters in the world. The Bolshoi Theater was founded in 1776, by the moment when the First regular troupe in Moscow was organized by Peter Urussov, an educated theatrical Figure and Moscow public prosecutor, and his partner Mikhail Medoks. The troupe was formed from the actors of an earlier Moscow theatrical company, students of Moscow University, and newly engaged serf actors.

Originally the theater did not have its own building therefore performances were staged in a private house of Mr. Vorontsov at Znamenka Street. But in 1780 the theater moved to a special theatrical stone edifice built on the place of the modern Bolshoi Theatre. According to the name of the street, where the theater was situated, they called it Petrovsky Theatre. The repertoire of this first professional musical theater in Moscow consisted of drama, opera, and ballet performances. But the center of special attention were operas - that is why the Petrovsky Theatre was more often called the Opera House. The troupe of the theater was not divided into opera and drama companies: the same actors appeared in dramatic and opera performances.

At that time, this exercised influence on formation of the school of opera singers who were required to be equally professional in vocal and dramatic arts. 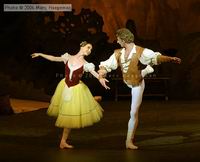 Contacts of the Petrovsky Theater troupe with the folk musical art were establishing national traits of execution style on Moscow stage. Also contributing to this was the repertoire which mainly consisted of operas by Russian composers written on the basis of national themes and imbued with popular song art. The most significant of the operas were "The Miller - Sorcerer, Deceiver and Match-Maker" by Mikhail Sokolovsky, "The Bad Luck from the Coach", "Saint-Petersburg's Trade Stalls", "The Miser" by Vassily Pashkevich and many others.

The Petrovsky Theatre was distinguished for one remarkable feature which was not peculiar then to for one theater in the world. It had a Consultative Committee which consisted of leading actors and decided all creative matters: adopted plays for staging, composed the repertoire and cast the plays.

In 1805, the edifice of the theater was burnt down, and till 1825 performances were staged on various theatrical sites. 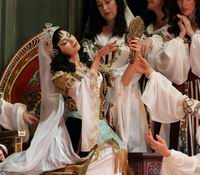 In 1806, the theatre became a national one under the authority of the Office of Moscow Imperial Theatres. At that time, works of Italian and French composers were for the first time staged at the theater. Domestic operas by composers Alexander Aliabiev and Stepan Davydov were directed as well.

In 1824, on the place of the burnt down Petrovsky Theatre a new theater, which was named Bolshoi Petrovsky, was built by architect O. Bove. It was opened on January 18, 1825 by the Prologue "The Triumph of the Muses" to music of A1eoei Verstovseo and Alexander Aliabiev.

The new edifice of the Bolshoi Theatre became one of the most beautiful theatrical buildings in the world due to its perfect classical architecture.

After moving of the theater to the new edifice, its organization was headed by theatrical Figures - dramatist Feodor Kokoshkin and composer Alexei Verstovsky.